The funds from the Scholarship of $43,000 are to include a return international airfare to New York, CD recording in Australia post winning Award, support for study costs (voice lessons, tuition, coaching etc) and a living allowance to enable the winner to undertake an agreed period of study in New York on an approved plan by the Foundation.

The public recital / competition was held at 4pm on the 21st October 2018 at the Verbrugghen Hall, Sydney Conservatorium of Music. 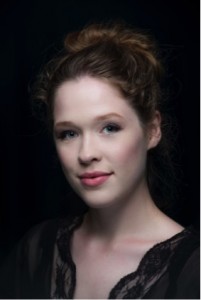 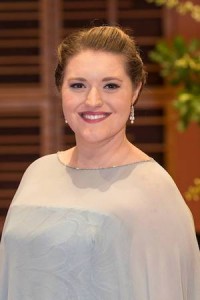 Born in Sydney and raised in Milton, Bronwyn is an alumna of the Queensland Conservatorium Griffith University and the Lisa Gasteen National Opera School. She has been the proud recipient of the 2017 Joan Sutherland and Richard Bonynge Bel Canto Award, Amelia Joscelyne Memorial Scholarship with the Melba Opera Trust since 2016. This year Bronwyn performed the role of Olga in Eugene Onegin for Co-Opera as well as performing in the Opera Australia Chorus for the winter season. She recently performed Tudor Portraits with Sydney Philharmonia Choirs and last year performed Handel’s Messiah with both the Royal Melbourne Philharmonic and Queensland Symphony Orchestra. 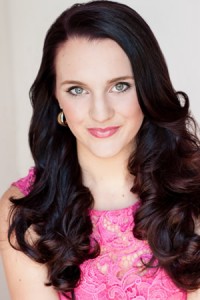 Zoe Drummond graduated at the Sydney Conservatorium with a Bachelor of Music Performance (1st Class Hons) and is a Melba Opera Trust scholar, on the 2016 Dame Nellie Melba Scholarship and Patrick & Vivian Gordon Award. In 2016, Zoe won second place in the Mietta Song Competition and was a finalist in nearly all of Australia’s most prestigious singing competitions.  Performing highlights include Monica in Menotti’s The Medium, Papagena in Mozart’s The Magic Flute and Giannetta in Donizetti’s L’elisir D’amore. She is thrilled to be making her Opera Australia debut as a principal in Sydney Opera House – The Opera. 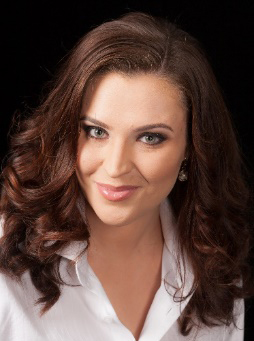 Elizabeth holds a Bachelor of Music and Master of Music Studies from the Queensland Conservatorium Griffith University and a Master of Music from the University of Melbourne. In 2013, Elizabeth became a member of the Opera Q Studio (formerly the Opera Queensland Young Artist Program). During this program Elizabeth was a principal performer in a new work entitled ABANDON in collaboration with contemporary dance company Dance North. She revised her role in this work at the 2014 World Theatre Festival. Also in 2014, Elizabeth became a Developing Artist for Victorian Opera. Roles for Victorian Opera include Mother and Witch – Hansel und Gretel, Adalgisa (Cover) – Norma, Mrs Lovett (Cover) and Beggar Woman (Cover) – Sweeney Todd. Other roles include Dido – Dido and Aeneas (Brisbane Baroque Festival), Sorceress – Dido and Aeneas (Bangalow Festival) and Tolomeo – ABANDON (Opera Q).

Elizabeth has won many scholarships and competitions including the Sydney Opera House Opera Award 2015, More Than Opera Development Award 2015, Harold and Erika Fisher Memorial Opera Scholarship 2014 and 2015 and was Runner-Up in the 2012 Herald Sun Aria Competition.

Thomas Strong was born in Albury and raised on a farm in outback NSW. He completed his Bachelor of Performing Arts at the West Australian Academy of Performing Arts in 2006 and a Masters of Music (opera) at the Sydney Conservatorium of Music in 2013.

Thomas has had the opportunity to perform in many opera and theatre companies in roles and as part of the chorus. These include the Melbourne Opera, Victorian Opera and West Australian Opera companies. Since completing his Masters he has been in the 2014 Semi-final for the German-Australian opera grant, has won the Ronald Dowd Memorial Award and is one of the six finalists in the Herald Sun Aria.

Click here to view the Press Release from this event. 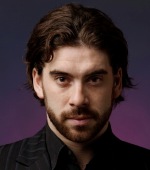 Samuel is a graduate of the Melba Conservatorium of Music and a member of the Young Artist programs at both Victorian Opera (2006-2008) and Opera Australia (2010-2011).
At the Victorian Opera he performed the roles of Don Giovanni; Don Giovanni, Papageno; The Magic Flute, Guglielmo; Così fan tutte, Belcore; The Elixir of Love and Harlequin; Ariadne Auf Naxos. 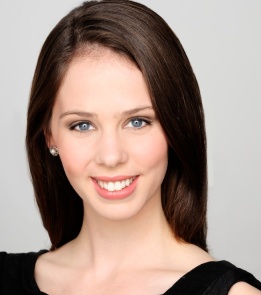 Anna Dowsley is a Sydney based mezzo-soprano with professional performance experience spanning the operatic, oratorio and recital repertoire. She has recently graduated from the Sydney Conservatorium of Music with an Advanced Diploma of Opera and within these studies Anna performed a variety of operatic roles including: Ramiro (La finta giardiniera), Mrs. Herring (Albert Herring), Vénus (Orphée aux enfers) and the title role in a world premiere performance of Anne Boyd’s Daisy Bates at Ooldea. Upon graduation, Anna was awarded the Sydney Conservatorium 2013 Henderson Travelling Scholarship giving Anna the opportunity for further study and training in the international arena. She is often engaged as a guest soloist for choirs and orchestras around Sydney including performances of Handel’s Messiah at Sydney Town Hall.

Anna has often been engaged by Sydney Chamber Opera, a fresh and exciting company, performing in their bold production of JS Bach’s cantata Ich habe genug and Janáček’s The Cunning Little Vixen. In 2012, Anna was the overall winner of the esteemed “Australian Singing Competition” in which she was also awarded an array of prizes, including the “Symphony Australia Young Vocalist Award”. As part of the 2012 Sydney Eisteddfod, Anna was awarded first prize in both the “Opera Arts and Support Group” scholarship and the “Open Operatic Voice Award”. She was the privileged recipient of Opera Foundation Australia’s 2012 “Lady Fairfax Scholarship” and with this award, Anna travelled to New York City in November 2012 to begin working with coaches and teachers associated with the Metropolitan Opera House, Juilliard School and Mannes Opera School. In March 2013, Anna makes her international operatic debut in Tokyo performing the role of Dorabella in an Opera Australia affiliated production. 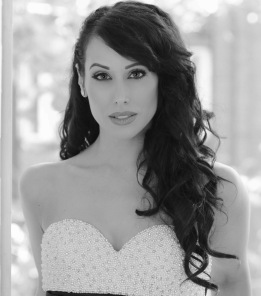 Clarissa graduated with Distinction in Voice (Bachelor of Music) from The Sydney Conservatorium of Music under the tutelage of Maree Ryan and Maestro Simon Kenway. She was inspired to pursue an operatic career when, at age 11, she became a part of the Opera Australia’s Children’s Chorus from 1993 to 1996, performing in repeat seasons of Cavalleria Rusticana/I Pagliacci, Turandot and La Boheme. Clarissa won the Dame Joan Sutherland Encouragement Award in 1998 and 2001. In 2006 she was recognised as an Outstanding Artist in the McDonald’s Performing Arts Challenge, and won the Pollard People’s Choice Award for Performance Excellence.

In 2010, Clarissa was selected to be part of the Young Artist Program for Pacific Opera, she toured with The VII Soprano’s in Hong Kong, toured with operatic group ENCORE in Japan, and regularly travels internationally and throughout Australia with SMA Productions performances of Opera by Disguise, Wish Upon A Star, and Entertainment by Design.

In 2011, Clarissa won the prestigious Opera Foundation Australia’s Lady Fairfax New York Award, to study with teachers and coaches from The Metropolitan Opera and The Juilliard in New York; further prizes include The Australian Singing Competition’s Opera Award, The Royal Overseas League Bursary Award.
Clarissa has performed the roles of The Sorceress and First Witch in two separate productions of Dido and Aeneas; Quivera in The Indian Queen and Gianetta in The Gondoliers. Her Music Theatre roles include Cosette from Les Miserables, Kate/Lilli Vanessi in Kiss Me Kate, Jenny Lind in Barnum, Reno Sweeney in Anything Goes, and Babe Williams in The Pajama Game.

Clarissa Spata has performed principal roles with Opera Australia’s OzOpera Touring Company in productions of Hansel and Gretel by Humperdinck, La Cenerentola ( Cinderella) by Rossini and Sid The Serpent Who Wanted to Sing, an opera by Australian composer Malcolm Fox. Clarissa has recently completed a tour of over 180 performances of Gretel, and in previous years, over 180 performances of the swing role of Clorinda and Cinderella, and Soprano roles of Clown, Lady Sue and Music Hall Singer.
In 2013, Clarissa will perform with Opera Australia’s OzOpera Touring Company, appearing as Pamina and Queen of the Night. 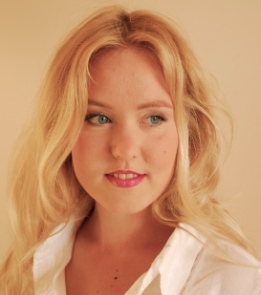 Simone Easthope, a soprano from New South Wales, Australia, is a second-year Master of Music degree student at the Juilliard School in New York. She studies with Edith Wiens. She is the recipient of the Higley Scholarship, the Opera Foundation Australia’s Lady Fairfax New York Scholarship (2010), and the Kia- Ora Music Grant (2003-2006), and recently won third prize in the International Robert Schumann Competition, held in Zwickau every four years. In February she performed Mendelssohn’s Elijah under the baton of Maestro Helmuth Rilling, with the Orchestra e Coro Sinfonica di Milano Giuseppe Verdi .She was a participant in the inaugural Internationale Meistersinger Akademie, in Neumarkt, Germany, where she performed in an Opera Aria Recital and Liederabend on National Bavarian Radio. Ms. Easthope’s opera roles include Miss Wordsworth in Albert Herring by Benjamin Britten, Therese/Tirésias in Les Mamelles de Tirésias by Poulenc, Angelique in Angelique by Jacques Ibert and Despina in Così fan Tutte. 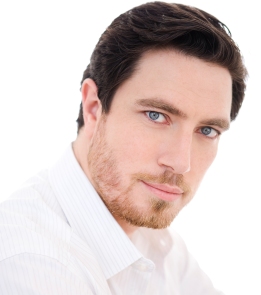 “I am very excited and grateful for this amazing opportunity to study in NY with some of the best operatic minds in the world. Thank you!”

“Thank you Lady Fairfax and the Opera Foundation for this wonderful scholarship to broaden my training in NY. What an opportunity!”

In 2006 David was the winner of Australia’s first “Operatunity Oz” competition, a joint production between Opera Australia and the ABC.

Since winning Operatunity Oz David has continued vocal and language studies with Glen Winslade and Sharolyn Kimmorley. He has recorded for ABC Classics and performed the role of Sparafucile in Opera Australia’s Rigoletto.

In the last 12 months David has returned to Opera Australia to cover the roles of The Commendatore and Masetto in the new production of Don Giovanni and to Melbourne Symphony Orchestra for “Classical Spectacular”. He made his Pinchgut Opera debut in Charpentier’s David and Jonathan and is currently performing his debut season in the Opera House as the King in Opera Australia’s Aida.

In October David will be performing the role of Sparafucile in Opera Queensland’s production of Rigoletto.