The London Scholarship to the National Opera Studio is being suspended in 2014, as there are student visa restrictions in England, which have a direct impact on our winner undertaking this Scholarship.

This position is currently being examined and we are optimistic that this Scholarship will return to the The Opera Foundation for young Australians portfolio of Awards and Scholarships shortly. 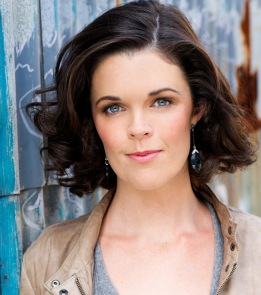 Since winning Opera Foundation Australia’s Rockend National Opera Studio London Scholarship in 2008, Valda Wilson has been building a successful career for herself in the UK, Europe and at home in Australia.

Described as possessing a ‘full, round and glorious voice’ (review of the C Minor Mass by Mozart, Poitiers 2012) which goes ‘straight to the heart’ (review in Der Neue Merker, Vienna 2011), Valda worked for two years at the renowned Semperoper Dresden, performing roles including Pamina and Papagena (Die Zauberflöte), Inez (Il Trovatore), and the title role in Simplicius Simplicissimus and returns there often as a guest artist. She sang Pamina for the Salzburg Festival production of Die Zauberflöte for children and performed in the concert at the Mozarteum, broadcast on Austrian radio.

Valda has performed in such prestigious venues as the Dresden Semperoper, St Martin in the Fields, the Cardiff Millenium Centre, the Salzburg Mozarteum, the Sydney Opera House, and Westminster Abbey in London where she sang for the memorial service of Dame Joan Sutherland, at the specific request of Maestro Richard Bonynge. In 2012, Maestro Bonynge chose Valda to lead his cast of Händel’s Rodelinda in a concert performance at Sydney’s City Recital Hall. Philippe Herreweghe selected her as his soprano soloist for tours of the Liszt Graner Messe in Belgium and the Mozart C Minor Mass through Italy and France.

Coming up in 2013 will be her debut at the Teatro di San Carlo as First Wood Sprite in Dvorák’s Rusalka conducted by John Fiore, followed by her debut with the Hallé Orchestra under conductor Markus Stenz, before returning to the Semperoper for the world premiere of Prinz Bussel.

Recently we received an update from Valda outlining her progress since winning this scholarship. 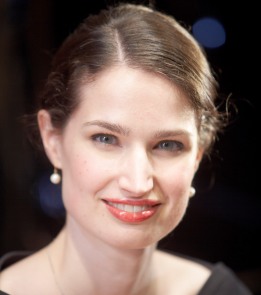 Katja is very pleased to be back in Perth after spending most of 2011 in Germany where she was a prize winner with the Kammeroper Schloß Rheinsberg and performed the title role in Dvořák’s Rusalka. In 2010, she won the Opera Foundation of Australia’s Vienna State Opera Award and appeared as die Modistin in R. Strauss’ Der Rosenkavalier and die erste Fee in Mendelssohn’s Sommernachtstraum with the Vienna State Opera and Ballet as well as understudying various other roles with the company. After performing in Bizet’s The Pearlfishers for WA Opera and the City of Perth’s Opera in the Parkin 2012, Katja is very much looking forward to singing Gilda in Verdi’s Rigoletto for the same event this year, along with Violetta in Verdi’s La Traviata and Donna Elvira in Mozart’s Don Giovanni in the main house productions.

Other roles with WA Opera include Nannetta in Verdi’s Falstaff, Rosalinde in Strauss’ Die Fledermaus, Leïla in Bizet’s Les Pêcheurs de Perles, Eurydice in Offenbach’s Orpheus in the Underworld, The Page in Verdi’s Rigoletto as well as covering Gilda and Maddalena, and the First Spirit in Mozart’s The Magic Flute. Katja has also sung in the chorus of Mills’ Batavia, Gounod’s Faust, Bellini’s Norma, Mozart’s Don Giovanni, Bizet’s Carmen and Verdi’s Nabucco. She won the Opera Foundation of Australia’s 2007 Covent Garden Award as well as coming second in the 2006 New York Study Award and was a finalist in the Opera Foundation Australia’s German Operatic and Barilla Italian Opera Awards.

Katja completed her Bachelor of Science with a Diploma of Modern Languages in German in 2001 and her Advanced Diploma of Performing Arts in Classical Voice at the West Australian Academy of Performing Arts in 2004. While studying, she played principal roles in many theatrical performances around Perth, including The Countess in ‘The Marriage of Figaro’, Cosette in ‘Les Miserables’, Lily Craven in ‘The Secret Garden’, Eliza Doolittle in ‘My Fair Lady’, as well as Julia in ‘The Grand Duke’, Aline in ‘The Sorcerer’ and Princess Zara in ‘Utopia Ltd.’ with the Gilbert and Sullivan Society. Katja has also appeared as Proserpina in the Academy’s production of Monteverdi’s ‘L’Orfeo’, Anna Maurrant in Weill’s ‘Street Scene’ and Cunegonde in Bernstein’s ‘Candide’, as well as singing excerpts from Donizetti’s ‘Don Pasquale’, Tchaikovsky’s ‘Eugene Onegin’ and Verdi’s ‘Rigoletto’ and ‘Falstaff’. 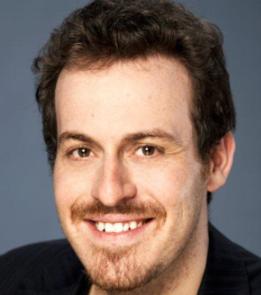 Christopher Hillier is one of Australia’s finest young singers. He graduated from the Sydney Conservatorium with a Bachelor of Music with First Class Honours in 2006 and the National Opera Studio (London) in 2007.

He is the recipient of numerous awards and scholarships, most notably the Opera Foundation Australia’s Covent Garden Scholarship in 2006.

Christopher’s operatic repertoire includes Zurga in Bizet’s The Pearl Fishers and Germont in Verdi’s La Traviata and he has performed for companies such as Opera Australia, Pacific Opera and the National Opera Studio. He has a wide and varied concert repertoire including Handel’s Messiah, Orff’s Carmina Burana, Vaughan Williams’ Dona Nobis Pacem and Haydn’s Mass in Time of War. He has performed regularly for Sydney Philharmonia, Art Song NSW, the Joan Sutherland Society of Sydney and many other societies in the UK, Italy, Germany and Australia.

2010 engagements included Brett Dean’s Bliss for Opera Australia in Sydney, Melbourne and at the Edinburgh festival, Monteverdi Vespers for Sydney Philharmonia and a gala concert with the SBS Youth Orchestra at the Sydney Opera House.

In 2011, Christopher maintained his full-time association with Opera Australia; he sang Germont in La traviata for their national touring production, performed Fiorello in The Barber of Seville and appeared in concert in Beijing.

Christopher Hillier joins the principal ensemble of Opera Australia in 2012 appearing in La Traviata and Salome.

Paul played ‘Beppe’ in Donizetti’s Rita at the Perth International Arts Festival in 2003. He later recorded this performance for ABC Classic FM as well as his own solo recital.

In 2004 Paul was a finalist in the Metropolitan Opera Awards, the Australian Singing Competition’s Opera Awards and the 2004 Mathy Awards in which he received four prestigious scholarships.

In 2006 Paul sang the roles of ‘Uldino’ (Attila) and ‘Bruno’ (I Puritani) for the Chelsea Opera Group and ‘Il Duca di Mantua’ (Rigoletto) for Opera Holland Park.

Paul is currently studying with Dennis O’Neill at his newly formed Voice Academy in Cardiff, Wales and returned to West Australian Opera to sing the role of the Duke in Rigoletto in August 2007. Upon completion of his studies at the Academy in Cardiff Paul will commence a two year engagement as a principal artist at the prestigious Deutsche Staatsoper, Unter den Linden, Berlin.

Maxine Montgomery is the 2009 recipient of the Opera Foundation Australia Vienna State Opera Award. She studied at the Conservatorium of Music, University of Melbourne (BMus) and the Queensland Conservatorium, Griffith University (GradDipMus in Opera Performance).

In 2004, she was the recipient of the Opera Foundation Australia Covent Garden National Opera Studio Scholarship, including the Robert and Betty Salzer Award.

Performances include Lucia in Lucia di Lammermoor for Melbourne City Opera, Musetta in La Boheme, Sister Genevieve in Suor Angelica and Micaela in Carmen (Melbourne Opera), Mme. Herz in The Impresario and Constanza in The Abduction from the Seraglio (Lyric Opera of Melbourne), Rosalinda in Die Fledermaus (In Good Company), Pitti-Sing in Hot Mikado (Centre Stage), Clown in Sid the Serpent Who Wanted To Sing (OzOpera Schools Company), Mrs Lovett in Sweeney Todd (BLOC), Mrs Chase in Stella and Gianetta in Giovanni (both for University of Melbourne Historic Opera Project) and Manuela in Christopher Columbus (Ballarat Opera Festival).

A four-time finalist in the Melbourne Herald-Sun Aria, Maxine has also sung in the chorus for Opera Australia, Opera Queensland and Victorian Opera