The Italian Scholarship is not currently in the portfolio of Awards & Scholarships, but please view the profiles of our past winners. 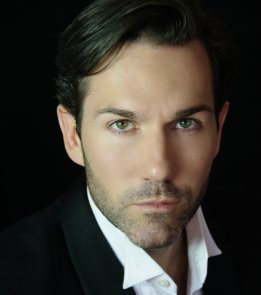 Melbourne-born David Corcoran completed Psychology at Deakin University before commencing singing studies with John Lander. He then studied a Diploma of Opera at the Sydney Conservatorium of Music with Dr Rowena Cowley. David is the recipient of numerous awards including Opera Foundation Australia’s 2006 Italian Opera Award, and the prestigious 2007 McDonald’s Performing Arts Challenge Operatic Aria Award. David joined Opera Australia in 2005 as a member of the chorus. He then became a member of the Moffatt Oxenbould.

David’s concert engagements include the “Twilight at Taronga” series and “Classical Spectacular” for the Melbourne Symphony Orchestra, Haydn’s Creation and Handel’s Messiah for Sydney Philharmonia.

In 2012 David’s engagements included Pong in Turandot, Victorin in Die tote Stadt, Pinkerton in Madama Butterfly and Narraboth in Salome with Opera Australia, and a return to Sydney Philharmonia for their Rogers and Hammerstein program, Something Wonderful, and 2013 engagements will include Don José in Carmen (Handa Opera on Sydney Harbour).
Photograph courtesy of Andrew Keshan 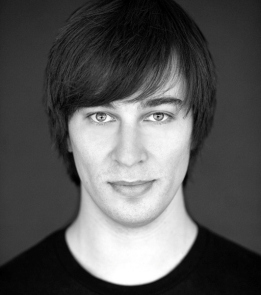 Christopher has a wide range of performing experience varying in styles from jazz to music theatre and opera. He has sung solo in recitals, oratorio, festivals, variety concerts and community benefit concerts. His solo performances include Bach St. Matthew Passion, The Christmas Oratorio, Magnificat in D major, The Coffee Cantata, Cantata’s BWV 12, 22, 23, 75 and 128, Mozart’s Vespers, Haydn’s Nelson Mass and Maria Theresa Mass with Melbourne Chorale and Handel’s ‘Messiah’ and Bach’s Cantata BWV 207 with Melbourne Symphony Orchestra. He sang the Australian premiere of Rudi Stephan’s Liebeszauber and also Schumann’s Dichterliebe at the Port Fairy Spring Music Festival. His debut in opera was with Melbourne Opera in the title role of Don Giovanni in July, 2005 which he sang to critical acclaim. Christopher has worked with Opera Australia’s OzOpera Schools Company, where in 2004 he was the Strongman in the touring children’s opera Sid the Serpent. In June, 2005 he once again joined OzOpera in their ‘Winter Opera Celebration’ in Mozart on the Edge and also took part in the performance workshop Through the Looking Glass by Alan John playing Tweedledum.

He appeared in Opera Australia’s production of Gondoliers in 2006 as ‘Antonio’ and covered the lead role of ‘Giuseppe’. In June of that year, he performed the role of ‘Marcello’ in La Bohème at the Galati Theatre in Romania and in Pisa, Italy as part of the Opera Foundation Barilla Award. Christopher then appeared with Victorian Opera in their inaugural production as ‘Guglielmo’ in Cosi fan tutte. He returned to the Melbourne Symphony Orchestra in November to sing the ‘L’Horloge Comtoise’ and ‘Le Chat’ in Ravel’s L’Enfant et le sortileges and as the bass soloist in Beethoven’s Symphony No. 9.

Christopher holds a Bachelor of Music Performance (Voice) from the Victorian College of the Arts. He has studied voice with Gerald English and Anna Connolly and is the recipient of many awards and prizes. He has participated in the Ronald Dowd National Summer School for Singers ‘Mastercourse in Opera’ in Sydney, masterclasses for Maestro Richard Bonynge and Sir Donald McIntyre and was also selected to study at the Australian National Academy of Music in Melbourne to work with Cord Garben. Most recently he has been offered a scholarship to attend the Royal Academy of Music Opera Studio where he is currently. His roles here include Iolanta in Prince Robert (Tchaikovsky), Marco (Gianni Schicchi), Tarquinius (Rape of Lucretia),and the Count (Marriage of Figaro).

Christopher returned to Melbourne Symphony Orchestra in 2007 to sing in their performances of La Fanciulla del West under the baton of Maestro Oleg Caetani and in 2008 will debut with both Victorian Opera in The Elixir of Love and Opera Australia in Billy Budd.

Aldo Di Toro graduated from the Western Australian Conservatorium of Music with a Bachelor of Classical Performing Arts in 1996. His debut in Opera was the role of Oronte in Alcina for West Australian Opera at the Festival of Perth. In 2000 Aldo won the Opera Foundation Australia’s Italian Opera Award, which enabled him to study at the Teatro Comunale di Bologna. He now lives in Italy.

He has had numerous successes in operatic competitions throughout Europe and has also recorded The English Songs by Francesco Paolo Tosti for the National Tosti Institute and Bongiovanni Records in Bologna.

More recent operatic engagements include Il Duca in Rigoletto for Theatre of Imperia and in Piedmonte, Liguria and Salerno, Beppe in I Pagliacci for West Australian Opera, Edgardo in Lucia di Lammermoor in Alessandria and Canio in I Pagliacci at Teramo

In 2005 Aldo sang Beethoven’s 9th Symphony on tour in Germany, Roberto in Le Villi in concert at Queen Elizabeth Hall for Chelsea Opera, Rodolfo in La Bohème in Sicily, an operatic concert at Marsala in Sicily and the Duke in Rigoletto in Teramo, Fermo and Pescara in Italy.

Australian engagements in 2005 included concerts for West Australian Opera and Queensland Music Festival, Opera Under The Stars in Broome and the role of Alfredo in La Traviata for State Opera of South Australia.

Concerts in Australia in 2006 included Opera in the Vineyards on the Mornington Peninsular and in the Hunter Valley, Schumann’s Dichterliebe for University of Western Australia and gala concerts for Brisbane Festival and Opera Under The Stars® in Broome.

He also sang the role of Bill in Glyndebourne Festival Opera’s production of Jonathan Dove’s Flight for Adelaide Festival, Rodolfo in La Bohème in Torino, an orchestral concert in Vienne and the role of Loris in Fedora, to great acclaim, at Opera Holland Park in London.

2008 engagements include the role of Rodolfo in La bohème for Opera Australia in the Sydney Summer season, Tamino in The Magic Flute for West Australian Opera and Roméo in Roméo and Juliette in Innsbruck.