The Opera Foundation for young Australians German Opera Scholarship contracted the winner as a member of the Cologne Opera Studio for up to twelve (12) months.

The winner was required to be an outstanding young Australian singer with operatic stage experience , who would be capable of meeting the demands of a major international Opera House.

The selection process at the Scholarship finals is that of a professional audition to join the studio of an international Opera house, and not as for a standard vocal competition.

The Scholarship was valued at approximately AU$53,000, which includes a return international airfare to Cologne (for return within 12 months) and a monthly living allowance.

Samuel approached this decision with clarity and professionalism, and has chosen the London option. Whilst the Foundation is disappointed that we will not be sending another singer to Cologne next season, we take our overall goal of supporting young Australians to gain international experience very seriously, and left the decision to Samuel. We offer Samuel our support and well wishes on his career. 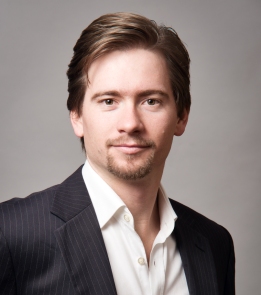 Australian bass, Luke Stoker, originally hails from Tamworth NSW. He completed much of his tertiary musical training in Brisbane before becoming a member of the Opera Queensland Young and Developing Artist Program in 2011. In the same year, he covered the role of José Castro in La fanciulla del West and joined Opera Australia as a member of the chorus. In 2012, he covered Zuniga in Opera Queensland’s production of Carmen as well as working with Opera Australia in several productions.

Luke is currently working with the Opera Australia chorus and is performing A Gypsy as well as covering Ferrando in Il Tovatore and is covering Customs Officer in La Bohème. In July, he will perform the role of Masetto in Don Giovanni for West Australian Opera. In 2012 Luke was the recipient of Opera Foundation Australia’s German Opera Scholarship, and as a result will travel to Cologne in August to commence his contract with the Cologne Opera Studio. 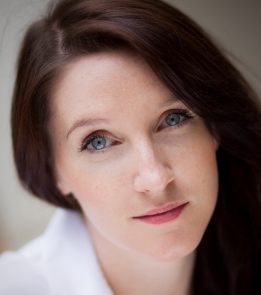 Erika Simons is an Australian coloratura-soprano currently based in Germany. Graduating from the Sydney Conservatorium of Music in 2010 with a Bachelor of Music and an Advanced Diploma of Opera, Erika went on to win Opera Foundation Australia’s prestigious German Opera Scholarship in 2011. This enabled her to join the 2012/13 Cologne Opera Studio where she has been invited to stay for the following season.

Currently in her first season in Cologne, Erika has performed the roles of Fee Amaryllis in Andreas Tarkmann’s children’s opera, Der Räuber Hotzenplotz, and covered the role of Servilia in Mozart’s La clemenza di Tito. Erika has also appeared as a soloist in a number of gala concerts in Cologne including the Red Cross Ball and the Festival of Beautiful Voices. 2013 will see her appear in a number of productions for Cologne, including Cinderella/Ashenputtel, Parsifal, Die Gezeichneten, Il Tabarro and Orphée aux enfers.

This year will also see Erika participate in the Internationale Meistersinger Akademie in Nuremberg where she will perform with the Munich Radio and Nuremberg Symphony Orchestras. 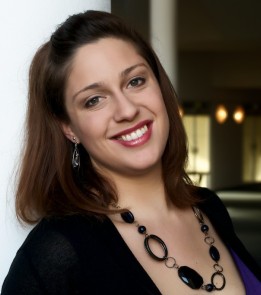 Kathleen Parker was trained in Queensland and Perth, graduating from the University of Queensland with a Bachelor of Music, and the Australian Opera Studio as the Dux of the 2008 intake. She won the Opera Foundation of Australia German Australian Opera Scholarship in 2009, and was engaged by the Cologne Opera between 2010 and 2012. During her time at Opera Cologne, Kathleen performed in numerous roles on the main stage, including the Fifth Maid in Elektra, the Sacerdotessa in Aida, a Flower Maiden in Parsifal, Peronskaya in Krieg und Frieden, and Siren in Rinaldo. She was also called upon to cover the Governess in Turn of the Screw, the First Lady in the Magic Flute, Vitellia in La Clemenza di Tito, and the soprano soloist in Verdi’s Requiem.

Kathleen is now based permanently in Berlin, Germany. In 2012, she was invited to perform at the Deutsche Oper Berlin as a guest, appearing as Agathe in Der Freischütz für Kinder. She was also involved in Volker Schlöndorff’s summer production of Carmen at Wannsee, and appeared as Woglinde in Das Rheingold. Kathleen Parker looks forward to guest roles as Rosalinde in Die Fledermaus, and Senta in Der Fliegender Holländer in 2013.

Charlie Kedmenec was born in Mildura. In 2001 he graduated from the Victorian College of the Arts with a Bachelor of Music Performance. In 2005 he joined the Opera Australia Chorus and has performed over 30 Chorus Operas in addition to a number of roles performed and covered. 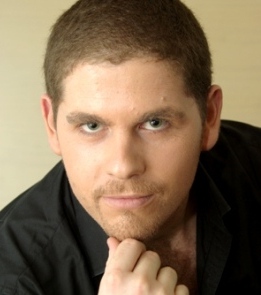 Abraham Singer was born in Sydney and studied at the Sydney Conservatorium of Music and Staatliche Hochschule für Musik in Freiburg, Germany. At this early stage of his career, Abraham has been fortunate to gain solo performance experience in opera, oratorio and lieder both in Australia and Germany.

In 2001-2006 he studied at the Sydney Conservatorium of Music where he held a number of scholarships from the University of Sydney. Whilst there, Abraham was invited to sing the main role of Melibeo in the Australian premiere of La Fedeltá Premiata under the baton of Maestro Imre Pallo. He also performed the roles of Buonafede in Il Mondo della Luna and Bartolo in Le Nozze di Figaro.

At the beginning of 2005 Abraham received an exchange scholarship to study at the Staatliche Hochschule fur Musik in Freiburg, Germany, with the eminent Professor Reginaldo Pinheiro. Abraham was also awarded the Baden Württenburg Stipendium für Musik along with other national and international scholarships. His engagements included Bass soloist in Rossini’s Miserere & Stabat Mater and Stavinsky’s Mass whilst in Freiburg.

In 2006 he was fortunate to receive a BBM Ltd. Scholarship and also a Helpmann Award enabling him to study in London. 2006 also saw the performances of St. John’s Passion; Raphael & Adam in The Creation; Simon in The Seasons; Mozart’s Requiem; and the Australian Premiere of Beethoven’s Cantata on the Death of Emperor Joseph II, all in Sydney.

Abraham ihas since been a full time chorus member with Opera Australia. He has performed the roles of Vecchio Zingaro in Il Trovatore in Melbourne, Maestro Spinelloccio in Gianni Scchicci and Giorgio in The Gondoliers, in Sydney. He is currently learning roles for the 2008 Opera Australia season including understudy for Colline in Puccini’s La Bohème, and Ribbing in Un Ballo in Maschera. He is also preparing for his travel later this year across to Cologne to commence the young artist program, as last year’s winner of the Audi German Operatic Award.