The Opera Foundation for young Australians announces auditions for the 31st German Opera Award. This award is the second of the German Awards to be held at the Deutsche Oper Berlin supported by The Opera Foundation for young Australians.  The Goethe-Institut Australia provides a four week German language course at the Goethe-Institut in Berlin for the successful applicant.

This Award contracts the winner as a member of the “Stipdendiat” of the Deutsche Opera Berlin for a period of seven (7) months for the 2022 – 2023 Season.

The winner will be an outstanding young Australian singer with operatic stage experience, who would be capable of meeting the demands of a major international Opera House. 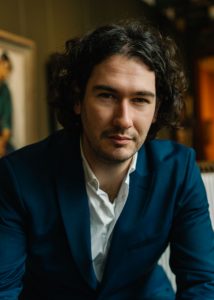 Daniel Nicholson is an Australian baritone based in Germany; currently engaged in the Thuringia Opera Studio, and appeared this season at the Deutsches Nationaltheater Weimar, Theater Erfurt, and at Theater Nordhausen. In 2010, he had achieved an Associate of Music Award from the Australian Music Examinations Board, and the following year he entered the Sydney Conservatorium of Music on the Patricia Lucas Music Achievement Scholarship. During his time at the Conservatorium, Daniel was awarded the Elizabeth Todd Lieder Prize by the Music Teachers’ Association of NSW with pianist Melissa Field and completed a performance internship at Opera Australia. Daniel received a Big Brother Music Award from B.B.M. Ltd to travel to Europe for further singing training, forming the first connections that would inspire and enable his move to Germany. In 2016, Daniel was accepted into the University of Arts Berlin and hugely benefitted from the support of its teachers and staff. He was a prize winner in the Rheinsberg Palace’s 2020 Singing Competition and was able to bridge the devastating lockdowns thanks to their support. After singing in the chorus of the Bayreuth Festival, Daniel joined the Thuringia Opera Studio in 2021 and is deeply grateful for the support and jovial work culture of the Deutsches National Theater Weimar, Theater Erfurt, and at Theater Nordhausen.

This Award is valued at approximately $40,000 and has been generously supported by Hans & Petra Henkell, The Scott Family Bequest, Kevin & Dawn Troy and the Goethe-institut.

Daniel will join the Deutsche Oper Berlin in their 2022 / 2023 Season as Stipendiat and receives an opportunity for German Language Lessons at the Goethe-Institut. 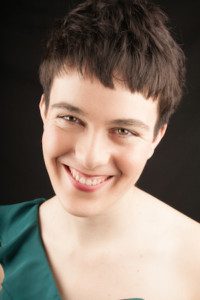 Anastasia Bickel has recently returned to Australia after completing a one year contract as the mezzo/contralto young artist in the OperAvenir program at Theater Basel, Switzerland.

During her time in the ensemble of Theater Basel, Anastasia performed the roles of Dinah in Bernstein’s Trouble in Tahiti, Tisbe in Rossini’s La Cenerentola, Annina in Verdi’s La Traviata, 2. Magd in Strauss’ Elektra, Anneli in Fujikura’s Der Goldkäfer, and the contralto role in Christian Zehnder’s Murmeli. She also performed in a series of concerts of Wagner’s Ring Cycle, in which she sang Erda/Flosshilde in Das Rheingold, Schwertleite/Grimgerde in Die Walküre, Erda in Siegfried, and First Norn/Flosshilde in Die Götterdämmerung.

Anastasia has performed professionally as alto soloist in over twenty oratorios, including Bach’s St Matthew Passion with the Newcastle University Choir (2016), Vivaldi’s Gloria at the Brisbane Baroque Festival (2016), Rossini’s Petite Messe Solennelle with the Noosa Chorale (2016) and Handel’s Messiah with the Queensland Bach Society (2015). Operatic performances in Australia include Florence Pike in Britten’s Albert Herring for the Queensland Conservatorium/Brisbane Festival (2016), Hansel in Humperdinck’s Hansel and Gretel at the Queensland Conservatorium (2015), Third Nymph in Purcell’s King Arthur at the Brisbane Baroque Festival (2016), and the Sorceress in Purcell’s Dido and Aeneas for the Royal Melbourne Philharmonic (2014) and at the Mornington Peninsula Summer Music Festival (2014). At the Lisa Gasteen National Opera School, she performed scenes from Tchaikovsky’s Eugene Onegin as Olga and Wagner’s Götterdämmerung as Flosshilde (2014) and Verdi’s Falstaff as Mistress Quickly (2016).

As a student, Anastasia was a semi-finalist and prize winner in the Australian Singing Competition three times (2013, 2015, and 2016), was selected to represent Australia in the final rounds of the Belvedere International Singing Competition twice (2016 and 2017), and achieved further competition success, including: the Queensland Wagner Society Award (2016) for the singer with the “best potential for a career in Wagner and Strauss”; Third Prize in the National Liederfest (2017); Second Prize at the MTO German-Australian Opera Grant (2016); and the Lyceum Club Prize (2016) for the “best meritorious postgraduate singer at the Conservatorium.”

Anastasia graduated with a Bachelor of Music in Classical Voice (Advanced Performance) from the Queensland Conservatorium in 2016. She speaks fluent German, intermediate French and Italian, and has studied Russian in St Petersburg. 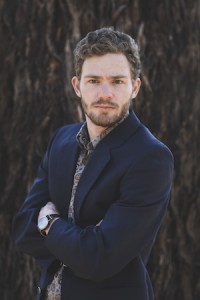 Australian bass Timothy Newton began his formal musical education from an early age in voice, violin and piano, prior to receiving a Bachelor of Commerce and Juris Doctor from the University of Melbourne, for which he received an academic award for his studies in law. During this time, Timothy performed with the Choir of Trinity College, University of Melbourne. He practised law for two years, but upon receiving a number of awards and scholarships (from the Melba Opera Trust, Lisa Gasteen National Opera School, and the Acclaim Awards Italian Opera Fellowship), he has commenced his operatic career, debuting as Alessio in Victorian Opera’s La Sonnambula in 2017. Following this, Timothy was able to study intensively with Italian bass Paolo Pecchioli in Italy, following an Italian study tour sponsored by the Acclaim Awards. Since then, Timothy has performed for New Zealand Opera as Colline in La Boheme, covered Walter Furst for Victorian Opera’s Guillaume Tell, toured with the Opera Australia Schools’ Tour throughout Victoria as Sarastro in Magic Flute, and performed oratorio and concert repertoire throughout Australia. Other principal roles have included the Ambassador in Respighi’s Sleeping Beauty for Victorian Opera, Dr Grenvil in La Traviata, and Olin Blitch in Floyd’s Susannah, both for Opera New England, and the Chief of MI6 in Williamson’s Our Man in Havana for the Lyric Opera of Melbourne. Timothy will commence at the Deutsche Oper Berlin in their 2019-20 season as the 2018 winner of the Opera Foundation for Young Australians Deutsche Oper Award. 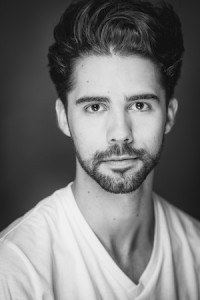 Paull-Anthony made his professional debut with West Australian Opera during 2016 in Gianni Schicchi before appearing as Sciarrone in the company’s production of Tosca. In 2017 Paull-Anthony was named a finalist in the IFAC Handa Australian Singing Competition and received the Richard Bonynge Award in the Joan Sutherland & Richard Bonynge Bel Canto Award.  2018 sees Paull-Anthony sing Colline (La Bohème), Parson/Badger (The Cunning Little Vixen) and Zuniga (Carmen) with WAO before joining the ensemble at Deutsche Oper Berlin for 2018/19 season. His repertoire includes Leporello (Don Giovanni), Papageno (Die Zauberflöte), Frank (Die Fledermaus), Fiorello (Il barbiere di Siviglia), Gloster Heming (The Mother of us All) and Don Andronico (Don Procopio).  Paul-Anthony’s concert repertoire includes the title role in Mendelssohn’s Elijah, Baritone soloist in Faure’s Requiem, Bass Soloist in Bach’s Cantata BWV. 147, Bass Soloist in Rossini’s Stabat Mater and Bass Soloist in Mozart’s Missa Brevis in F major.  He is a graduate of Manhattan School of Music and the Western Australian Academy of Performing Arts. Previously he won first place at the North of Perth Eisteddfod and the Royal Over-Seas League Singing Competition. He was awarded scholarships from the Dame Joan Sutherland Fund, the Australian Music Foundation, the Australian Elizabethan Theatre Trust and the Royal Schools of Music Club. 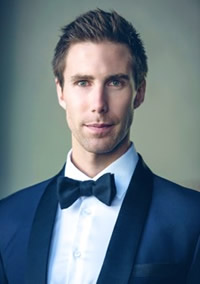 Sam Roberts-Smith graduated from the Western Australian Academy of Performing Arts in 2008 with a Bachelor of Music and Graduate Diploma in Opera. After completing his studies Sam accepted a fulltime position with Opera Australia, firstly as a member of the ensemble before being offered a place in the OA Young Artist Program. After successfully completing the program Sam joined the Principal Artist roster.

He has performed as a guest artist at both the 80th Birthday Gala concert for Richard Bonynge and Dame Joan Sutherland‘s 80th Birthday Gala concert.  Sam was requested by the Prime Minister of Australia to perform the National Anthem at the Australian National Memorial for flight MH17 in Melbourne, and the first anniversary of the event at Parliament House, Canberra.

In 2015 he returned to Perth as one of The West Australian Opera’s inaugural Mentored Artists while also joining Australia’s premier classical-crossover group the TEN Tenors. The same year he was selected as the Australian representative at the International Hans Gabor Belvedere Competition held in Amsterdam, made his China and role debut as Count Almaviva in the Australian International Opera Company’s production of Le Nozze di Figaro, and performed Handel’s Messiah with the Queensland Symphony Orchestra.