The Opera Foundation for young Australians announces the 10th The Rockend Berlin Opera Award. This Award takes the former Bayreuth Award in an exciting new direction.

This Award enables an Australian artist who is professionally engaged in some facet of opera such as a conductor, director, designer or repetiteur, to further develop skills by undertaking study in Berlin.

The winner must demonstrate interest in Opera Repertoire. The Rockend Berlin Opera Award is for a period of approximately one to two months and this Award must be completed by 30th APril 2020 (unless in mid production). The funds for this Award must be spent  in Berlin. 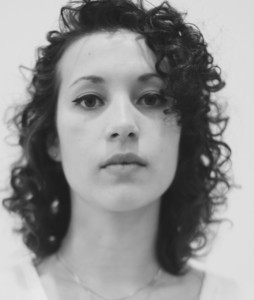 Elia is an Australian scenographer working within a multi-arts practice. She is fascinated in how constructed environments can affect perception and interaction, inviting the viewer to participate as a co-creator. Her ideas are expressed through a range of forms including stage design, costume, installation and music performance. Elia holds a Bachelor of Music majoring in Flute Performance from University of New South Wales (2011) and Honours from Australian National University (2012.) She undertook further study through the Design for Performance course at National Institute of Dramatic Arts (2016.)

In 2017 Elia was the UNSW Alumni Artist in Residence, designing an installation for the musical work Three Voices, which went on to win the Critics Pick at the Sydney Fringe Festival. Elia was also the sole artist to be awarded the inaugural Spirit of the Fringe. Later in 2017 Elia was invited to collaborate with esteemed Australian sculptor and artist Ken Unsworth, creating 20 costumes for his production Restraint(s) with the Australian Dance Artists.

Recently, Elia was the production designer for three new Australian plays with Periscope Productions in Melbourne. In late 2019, Elia will spend 3 months in Berlin as the recipient of the Opera Foundation Award for young Australians Rockend Berlin Music Opera Award. 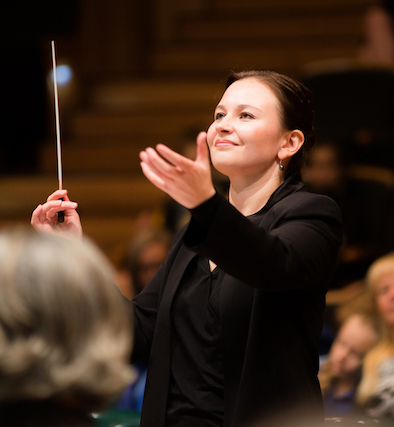 Natalia Raspopova has recently completed her tenure as Assistant Conductor with the Queensland Symphony Orchestra – a position she has held since July 2015.
In this role, Natalia has assisted international conductors such as Simone Young, Maxim Vengerov, Fabien Gabel, Yu Long, Alondra de la Parra, Ainars Rubikis, Jessica Cottis, Rory Macdonald, Johannes Fritzsch, Lukasz Borowicz, Santtu-Matias Rouvali and Jacques Lacombe. She has also conducted many of QSO’s concerts in her own right – in Brisbane and on tour. Natalia has appeared with the Christchurch Symphony Orchestra, Monash University Academy Orchestra, Queensland Conservatorium Orchestra, Opera Queensland, New Zealand Secondary Schools Orchestra and Melbourne Youth Orchestra. In 2017 Natalia studied with Marin Alsop, conducting BBC Concert Orchestra as part of London’s Southbank Masterclass. David Zinman has also selected her to study with him within 9th International Masterclass conducting Tonhalle Orchester Zürich.
Russian-born, Natalia came to Australia aged sixteen and has performed widely in Australia as a pianist – including with the Sydney Symphony Orchestra as concerto soloist. Concerts and important collaborations with singers led Natalia to developing an interest in opera, and subsequently to the study of conducting.

Natalia also has been part of the Symphony Services International Conductor Development Program, which has seen her working with the Tasmanian and Melbourne Symphony Orchestras, Auckland Philharmonia and the Australian Opera and Ballet Orchestra. She has studied under the guidance of Christopher Seaman, Johannes Fritzsch, Eckehard Stier and Giordano Bellincampi.

Natalia completed her Masters Degree in Conducting under the tutelage of Imre Pallò, Dr.Stephen Mould and Eduardo Diazmunoz at the Sydney Conservatorium of Music. In 2014, she commenced a Doctor of Musical Arts at the Sydney Conservatorium of Music under supervision of Eduardo Diazmunoz. Whilst studying, Natalia was engaged by the Willoughby Symphony Choir as Choir Director. In this capacity she worked closely with Dr. Nicholas Milton, preparing works such as Rachmaninov’s The Bells, Orff’s Carmina Burana, Verdi’s Requiem, Mozart’s Requiem and Handel’s Messiah.

Priscilla is the writer and director of Still Point Turning: The Catherine McGregor Story which will premiere at Sydney Theatre Company in 2018. Also for Sydney Theatre Company, Priscilla assistant directed The Hanging (2016) and The Father (2017). Priscila was Resident Director for Sport for Jove’s Winter Season (2017), where she co-directed The Tempest and Romeo & Juliet. Also in 2017, Priscilla lead the first co-production between National Institute of Dramatic Art (Sydney) and National Institute of Circus Art, (Melbourne), in a new Australian epic work of scale, Eurydike + Orpheus, which she conceived and directed. In 2016 Priscilla received the Sandra Bates Directing Award at Ensemble Theatre where she directed the Boatshed’s Importance of Being Earnest, and assistant directed Good People and Barefoot in the Park (2016). In 2014/15 Priscilla was invited to work with the Creative Learning team of UK company, Complicite, to develop innovative resources to support theatre-makers in devising original work. She is the recipient of the Belvoir St Theatre’s Artist Workshop program (2017) and a graduate of NIDA’s Directing course (2015).  Priscilla is delighted to currently be working as an intern director at the Komische Oper, Berlin, as the recipient of The Opera Foundation for young Australians’ – 2017 Rockend Berlin New Music Opera Award. 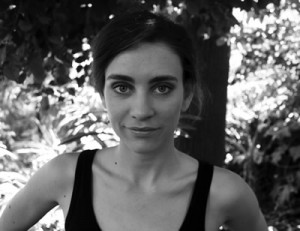 Aleisa Jelbart is a Production Designer based in Sydney and is the Resident Designer for Matriark Theatre and since 2012 has worked on a number of productions with the company – Alarum 2012, HalfWorld 2014, Godface 2016 and Much dell’Arte About Nothing 2016.

Throughout 2016 Aleisa has designed the costumes for Rafael Bonachela’s Lux Tenebris and Anima and Sydney Dance Company’s annual fundraiser night, Dance Noir. As winner of The Opera Foundation for young Australians’  Rockend Berlin New Music Opera Award, Aleisa will fly to Germany in late October and will take up the position of Design Assistant on The Komische Oper Berlin’s Petrushka/ L’Enfant et les Sortilèges. 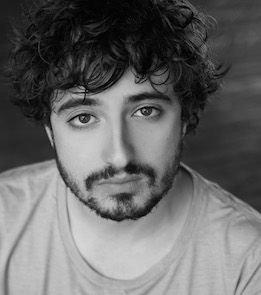 Constantine Costi is a Sydney based director who holds a Graduate Diploma in directing from The National Institute of Dramatic Art (NIDA) and a BA in Media Arts and Production from The University of Technology Sydney. He is currently a Second Assistant Director on Opera Australia’s The Marriage of Figaro. He also co-directed The Young Artist’s Program Workshop for Opera Australia in 2015.

In 2014 Constantine was an Affiliate Director with the Griffin Theatre Company, a NIDA independent Artist,and worked as a directing assistant at Vienna’s Schauspielhaus. Other directing credits include: The Canterbury Tales (The New Theatre), The Shewing-Up of Blanco Posnet (NIDA), The Silk Piglet (NIDA), The Merchant of Venice (Genesian Theatre Co.), Accidental Death of An Anarchist (Epicentre Theatre Co.), Kingies (Helen Rose LabOratorium) and Tartuffe (BAKEHOUSE). 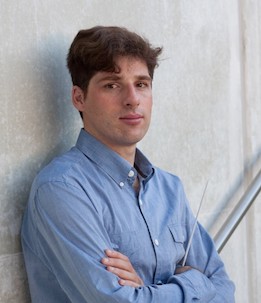 Burhan Güner is an Australian conductor who has had a long association with West Australian Opera. He has been engaged as Chorus Master, Assistant Conductor, Backstage Conductor and Young Artist and was involved with productions of Richard Mills’ Batavia and Love of the Nightingale. Mainstream repertoire for the company includes: Tales of Hoffmann, Lucia di Lammermoor, Pearlfishers, Elektra, Madama Butterfly, Rigoletto, La Traviata, Don Giovanni and La Bohème. He also programmed concerts for the company.

With other companies he has conducted a diverse range of works including Graeme Koehne’s Love Burns, Lennox Berkerley’s A Dinner Engagement, Kurt Weill’s Threepenny Opera and assisted on a production of Carlisle Floyd’s Susannah.On the concert platform Burhan is also a supporter of new orchestral works and has regularly programmed and conducted concerts featuring works by leading contemporary Australian composers.
Burhan is a recipient of the Brian Stacey Award for Emerging Conductors, West Australian Opera’s Bendat Scholarship, the Gandel Young Conductor Award and the ABC Classic FM and Symphony Australia Music Presentation Fellowship. He has participated in international masterclasses as well as Symphony Australia’s Conductor Development Programme and holds a Masters Degree in conducting from Melbourne University where he studied with John Hopkins OBE and a Bachelor of Music Degree in trombone and musicology from the University of Western Australia. 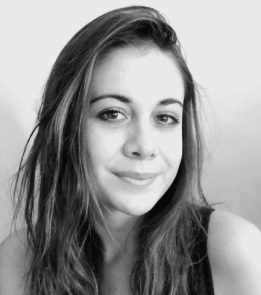 To pursue her passion for theatre, Antoinette continued her studies straight from the National Art School and onto Design at The National Institute of Dramatic Art. Since leaving NIDA, she has embarked on various Designs for theatre including; “The Knowledge,” and “MilkMilkLemonade,” (both at the New Theatre), assistant designer on Belvoir’s “Peter Pan,” and most recently “One Scientific Mystery, Or Why Did the Aborigines Eat Captain Cook,” directed by Iain Sinclair at the Tap Gallery. Antoinette has had some involvement in Opera Australia’s, “The Ring Cycle,” and has been offered to pursue this assistance prior to the 2014 staging. 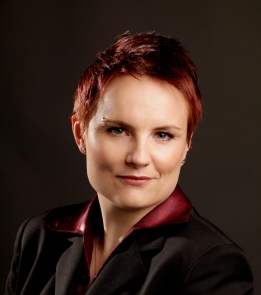 Carolyn Watson was recently a major prizewinner at the 2012 Emmerich Kálmán International Operetta Conducting Competition in Hungary. Placed Third, Carolyn was also awarded the Special Prize of the Kodály Philharmonic and the Herend Porcelain Manufacturer’s Prize. also working with Sir Charles Mackerras on his final two productions in this year. In 2009, Carolyn spent a period at the Israeli National Opera, where she assisted on a production of Carmen.

A Churchill Fellow, Carolyn is the recipient of the Sir Charles Mackerras Conducting Prize awarded via the Australian Music Foundation in London, Opera Foundation Australia’s Bayreuth Opera Award and the Nelly Apt Conducting Scholarship. In 2007 she was a Fellow of the American Academy of Conducting at the Aspen Music Festival and School where she studied with David Zinman. Carolyn holds a PhD from the University of Sydney and an Advanced Diploma from the Kodály Institute in Hungary. 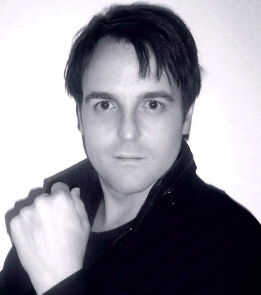 Cameron is the recipient of the 2011 Berlin New Music Opera Award from Opera Foundation Australia and the Deutscher Akademischer Austausch Dienst (DAAD), the 2008 Bayreuth Opera Award from Opera Foundation Australia and (DAAD); The Besen Family Artist Program (Direction), Malthouse Theatre and currently holds the position of Artistic Director for Opera in the Park for City of Stonnington and Head of Direction at The Opera Studio, Melbourne. Cameron has recently been appointed to the Opera Panel for the prestigious Green Room Awards.

2013 sees Cameron direct El Gato con Botas and the World Premiere of The Magic Pudding for Victorian Opera. He will also assist on their production of Nixon in China. Directing and Designing Massenet’s Cendrillon and Benjamin Britten’s Curlew River for The Opera Studio Melbourne. Is the Creative Director for Linda Britten’s Operette for the L’Oreal Fashion Week in Melbourne and will travel to Poland at the end of the year to conduct workshops on the composer Richard Einhorns new opera called Romeo and Julia in Krakow. In 2012 Cameron directed the full version of the new Australian opera CONTACT! – A Netball Opera for the Arts Centre Melbourne and Regional Tour, La Cenerentola for Victorian Opera, The Magic Flute for Schools Company OZOpera, Opera Australia. Assistant Direct Le Nozze di Figaro for Victorian.

Cameron is also in the creative process creating and directing a new series of works for Malcolm Cooke and Associates. 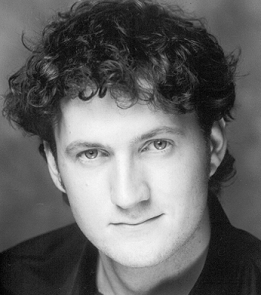 In 2005 he was Assistant Director for Pacific Opera’s production of “Cosi Fan Tutte”, was co-director and producer on Menotti’s “Amahl and the Night Visitors”, for the Itty Bitty Opera Company, and directed the multiple award-winning short play “Being Frank” for the Short and Sweet Festival.

In 2006 he directed the short play “Fluffy Dice”, Rimsky-Korsakov’s “Mozart and Salieri” for Sydney Youth Opera, was assistant director on Hayden’s”Il Mondo Della Luna” for the Conservatorium of Music, and was an assistant to Gale Edwards for Opera Australia’s production of “Sweeney Todd”.

In 2007 he directed the short play “Fluffy Dice” for the Short and Sweet Festival, was assistant director on Pacific Opera’s “Barber of Seville” and directed “Prima Donna” by Arthur Benjamin for the Conservatorium of Music

In 2010 he has observed rehearsals for both Fabulous Beast’s Sydney Festival production of “Giselle”, and Peter Sellars’ “Oedipus Rex/Symphony of Psalms”

He has also made many short films, and worked on films including Baz Luhrmann’s “Moulin Rouge!”