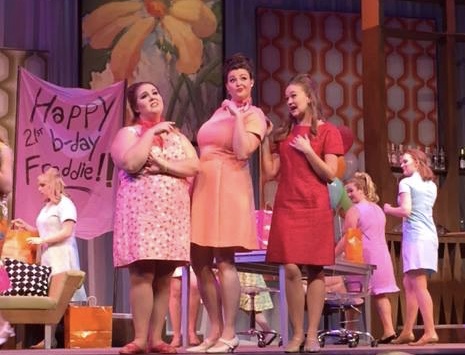 Elizabeth the role of Edith with the other “Sisters” in The Pirates of Penzance. 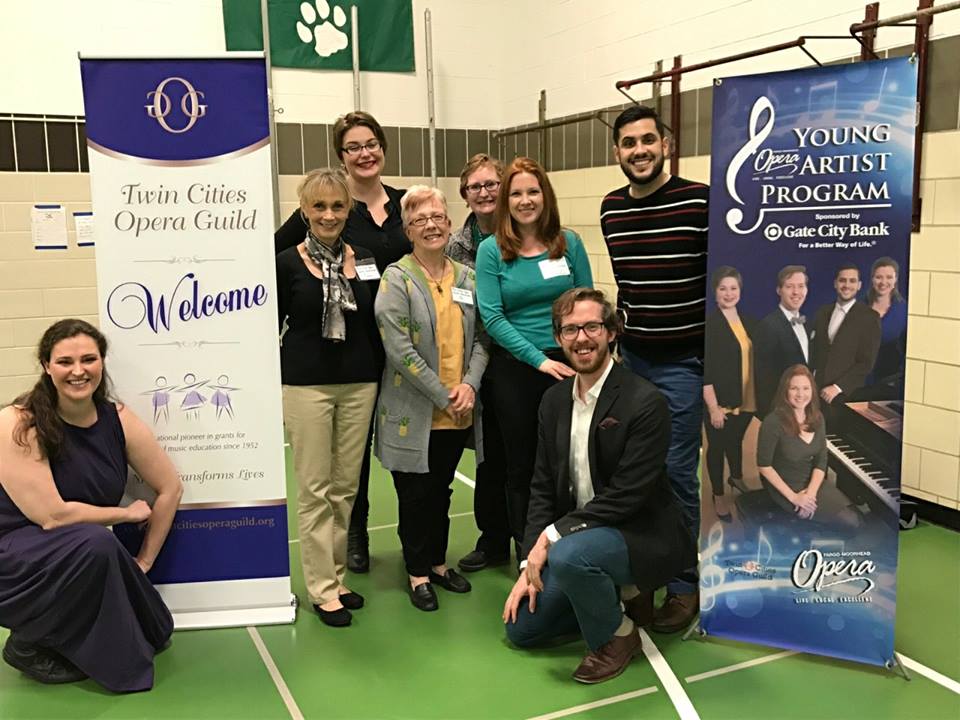 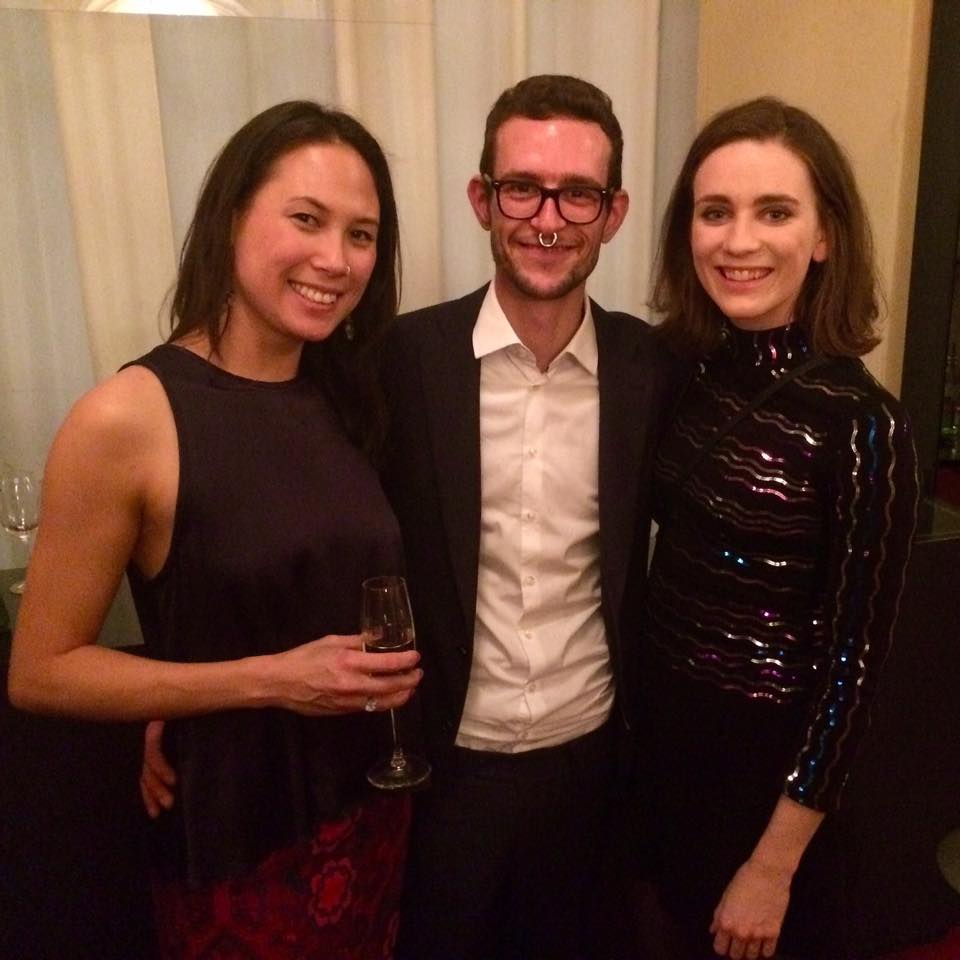 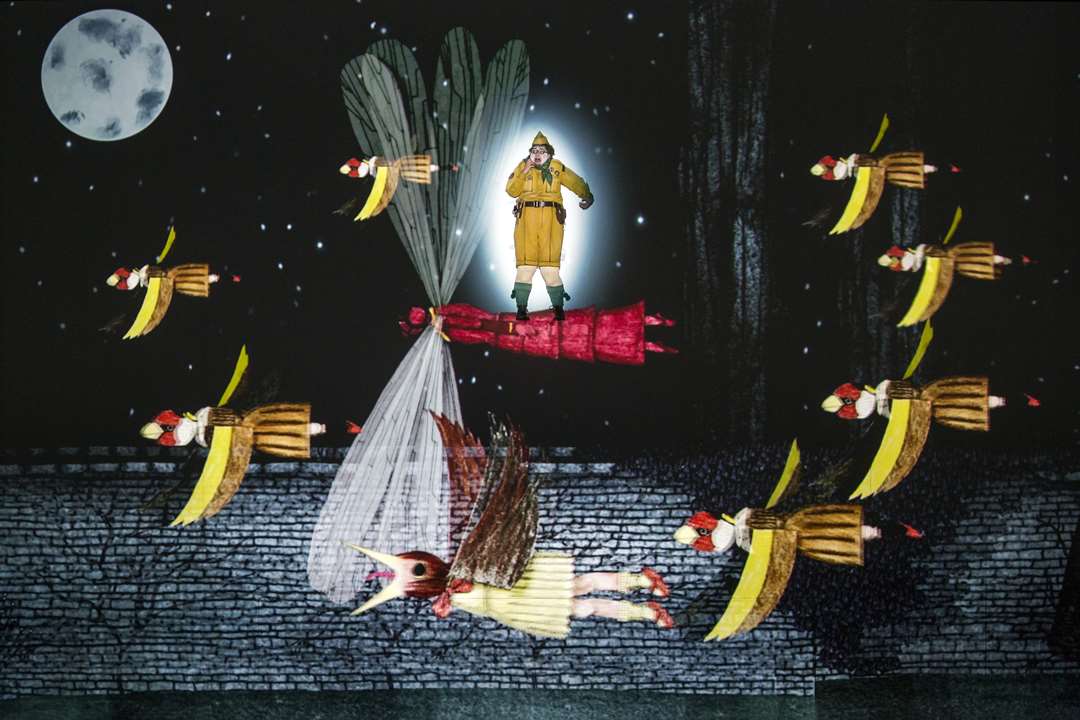 The term “life changing experience” gets bandied about these days and is often used inappropriately. However, I can say, with complete honesty that winning the Lady Fairfax New York Scholarship in November 2015 really did change my life. To go from qualifying for the Final as a Mezzo-Soprano, to changing Fach to Soprano four months later and winning in my new Fach was no mean feat. It gave me great confidence that my vocal transition was the right decision. It also allowed me the opportunity to reach for goals which previously seemed unattainable.

Upon arriving in New York I wasted no time in beginning vocal, drama and language coaching. The highlight of these coachings was working with Corradina Caporello at The Juilliard School. Not only is she an absolutely delightful human being but she is an incredible Italian language and diction coach. She is also extremely well versed in the drama and thrust of the scene and finding textual evidence for character choices and then using the text to colour and shape meaning. I learnt so much from her but about singing in general.

Whilst in New York, I also took advantage of being able to see several Broadway shows and plays as well as many opera performances at both The Metropolitan Opera and The Juilliard School. I found watching the performances not only entertaining but also extremely educational.

Another aspect of my trip was auditioning for Young Artist Programs to continue my study, one such program was the Gate City Bank Young Artist Program for the Fargo-Moorhead Opera. The program consisted of an SATB quartet of singers who, for 10 weeks, worked at the company in a mainstage production, Young Artist production and the company’s outreach program. This would be followed by a 2 week stint as Resident Artists of the Twin Cities Opera Guild in Minneapolis. Out of 200 applicants, I was chosen as the Soprano for the program. Had it not been for winning the Lady Fairfax New York Scholarship I would never have been able to be in New York studying when this Young Artists Program came up.

I have completed my time now in Fargo and thoroughly enjoyed every aspect of it. Over the 10 weeks, we sang at over 40 schools to a total of over 6,000 children. We also staged a production of Michael Ching’s Speed Dating Tonight! in two local bars to sell out houses. Speed Dating Tonight! was a relatively new work specifically written for Young Artist Programs and Universities as it allows a great deal of mixing and matching to accommodate each company’s unique casting needs. I was involved in the mainstage production of Pirates of Penzance, in which I played the supporting role of Edith and was the cover for Mabel. The production was set in the 1960’s and was as bright and exuberant as one might expect.

Following Pirates, the Young Artists travelled to Minneapolis to start our 2 week Residency. During our two weeks in Minneapolis we sang to over 1500 school children and performed a Gala concert in the historic Landmark Centre in St Paul. This concert exceeded the venues audience record with about 150 people. My experience in the Mid-West of America was wonderful not only due to the work I was doing but because of the warmth and kindness of the people I was working with both on stage and behind-the-scenes. You can understand my delight when the Director of Company, David Hamilton, asked if I would be interested in performing my first Rosalinda in the company’s October production of Die Fledermaus. I am thrilled to be performing this wonderful role and in a place which hold such significance for me.

I have experienced so much in the short time since the winning the Lady Fairfax New York Scholarship. Things which once seemed unattainable are now possible. I have grown as a person and a performer and I believe this is all due to the experiences I have had as a result of this scholarship. I can’t thank The Opera Foundation for young Australians enough for their help, support and professional development in continuing to nurture and support me as an artist.

In late October 2016, I set off on my three month trip to Berlin, supported by the Rockend Berlin New Music Opera Award.

During my stay I spent two months at the Komische Oper Berlin, as the Buehnenbild Hospitant (Set Design Assistant) on London based theatre company 1927’s Petrushka/L’Enfant et les Sortileges. In my free time I immersed myself in the city’s diverse cultural scene and attended a number of outstanding opera productions.

My main focus at the Komische was to observe a progressive, multidisciplinary approach to opera. 1927’s work integrates eclectic animated projections with live action and silent movie-style performance. As you can imagine I was able to learn a thing or two from them! In Petrushka, ballet dancers were replaced with circus performers to create ‘real life cartoon characters’ and in L’Enfant et les Sortileges, many of the singers performed from the orchestra pit while their characters flew around the stage as animations. The rehearsal room was always an exciting place to be and so helpful in understanding 1927’s collaborative process.

During the rehearsal period, a lot of my time was spent with Set Designer, Pia Leong, however there were many opportunities to assist the team in other areas of design. I accompanied Co-Director Esme Appleton in costume meetings and fittings, and spent a day assisting 1927’s animator Paul Barritt. His process involves bringing quirky 2D puppets to life using stop motion animation. Through Paul’s animations these puppets brought a lively, cinematic energy to the show and I found his process fascinating to observe.

My time with 1927 at the Komische Oper Berlin was one of the most rewarding experiences of my life. Every day was filled with a new set of challenges and they were always approached with enthusiasm and a good sense of humour. As a young designer, I found 1927’s humility, work ethic and collaborative prowess tremendously encouraging and influential.

I’d love to extend a huge thank you to The Opera Foundation for young Australians, Rockend Technologies and the DAAD for making this incredible opportunity possible. And finally to Alison Cole for her generous support and guidance over the past twelve months. Thank you!