The winner of the American Institute of Musical Studies Award is eligible to apply for the AIMS Sundell Study Award, which is valued at $5,000 and is awarded by The Opera Foundation for young Australians upon receipt of a study plan and budget to allow the winner to receive coaching, attend auditions & performance in Vienna at the conclusion of the AIMS program in Graz. 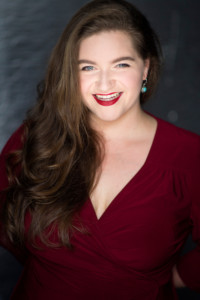 Soprano Jessica Harper graduated with First Class Honours in Classical Singing from the Australian National University School of music. She has been broadcast as a concert soloist and recitalist on both ABC Classic FM and 2MBS Fine Music FM, and has toured much of Australia as a recital performer. Jessica is a founding board member of the Apollo Opera Collective. She completed her second year as a Young Artist with Pacific Opera in 2015 and was the recipient of the Dame Nellie Melba Scholarship with the Melba Opera Trust for 2018. Jessica completed the Accademia del Bel Canto Rodolfo Celletti in Martina Franca, Italy (2018).

Recent successes in the Australian competition circuit include Jessica winning the Inaugural Limestone Coast Opera Lucca Competition (2018), Sydney Eisteddfod Opera and Arts Support Group Scholarship (2017), and the Wollongong (2017), Shoalhaven (2017) and Cowra (2015) Eisteddfodau Operatic Aria Championships. Jessica was Runner Up and winner of the Audience Choice Award for the Sydney Eisteddfod Opera Scholarship (2017), Runner Up for the Herald Sun Aria (2016), and has been a Finalist in the Acclaim Awards Italian Opera Fellowship (2018) and The Opera Foundation for Young Australians Lady Fairfax New York Scholarship (2018). Jessica was also selected as one of three singers to partake in a Masterclass with Dame Emma Kirkby as part of the Sydney Opera House Awards (2017).

Jessica is proudly supported by the Wagner Society NSW and ARS Musica Australis. 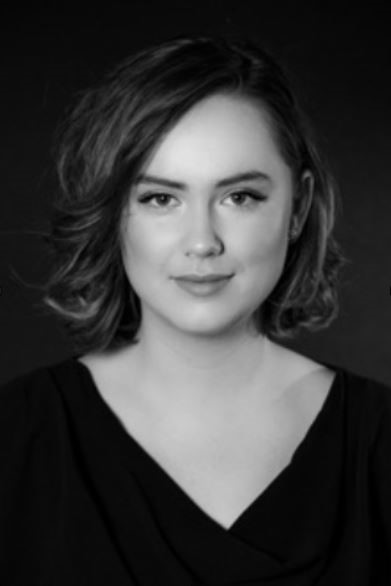 Chloe Harris has recently graduated with first class honours from the Conservatorium of Music, University of Melbourne with a Bachelor of Music (Hons) majoring in performance.She has been awarded for her efforts at the Conservatorium of Music with the Mona McCaughey – The Elise Weiderman scholarship, Murray Ormond Vagg scholarship, Muriel Cheek scholarship and Walter Kirby scholarship. Chloe has been accepted as the recipient of the Sleath Lowrey Scholarship for 2017 and was a finalist in the Acclaim Awards masterclasses with Italian soprano, Valeria Esposito. Chloe has been awarded a full scholarship to continue as a scholar for the current Opera Scholars Australia’s 2018/19 season and was a finalist for the prestigious Scholar of the Year award 2017/18. She has been the recipient of other awards and scholarships such as a finalist at Liederfest in 2016 and 2017 with the Loris Synan and Hedy Holt & Roger Prochazka awards, and the winner of the Janet Perkins vocal scholarship 2016. Chloe has also been a finalist in the Ringwood Aria competition and the Melbourne Male Welsh Choir competition for 2017. Chloe has been involved in the VYO production ‘The Grumpiest Boy in the World’ in 2015. She performed the role of Third Lady (2016) and Dorabella (2017) in Conservatorium productions of Mozart Opera excerpts with international director, Beverly Blankenship. This year, Chloe has workshopped the role of Dorabella with Lyric Opera of Melbourne’s Director Workshops. Chloe will continue on with Lyric Opera performing the role of Margaret Hargrave in an Australian contemporary opera, FLY. 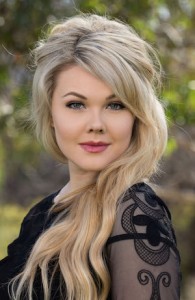 Livia Brash is the recipient of the 2017 The Opera Foundation for young Australians – Dalwood- Wylie American Institute of Musical Studies in Graz (AIMS) Award and the AIMS Sundell Study Award. As part of these awards, Livia made her European debut with the symphony orchestra at the Graz Stefaniensaal and received coaching at the Wiener Staatsoper.  In 2017, Livia also came third in the Joan Sutherland and Richard Bonynge Bel Canto Competition, winning the DECCA Award and the Hawaii Performing Arts Festival Prize, was named a finalist in the IFAC Handa Australian Singing Competition. She is also a Young Artist with Pacific Opera.  In 2016 Livia completed a Masters of Music Studies (Opera) from the Sydney Conservatorium of Music, where she was the recipient of the Geoffrey Rothwell Scholarship and the Joan Bonamy Scholarship.  Highlights of 2017 performance engagements include performing as the female soloist Theodorakis’ Canto General with the Sydney Philharmonia Choirs at City Recital Hall, the Guest Artist for Canberra Choral Society and Canberra Wind Symphony’s Last Night of the Proms, concerts at the Sydney Opera House with Pacific Opera, and her debut as Donna Elvira in Opera Hunter’s season of Don Giovanni.  Livia has performed as a soloist for diplomatic and vice-regal events, performing for General Sir Peter Cosgrove, Dame Quentin Bryce, Malcolm Turnbull, and ambassadors for the United States and Japan. She performed as a soloist opposite China’s Three Tenors at the Sydney Opera House Joan Sutherland Theatre under the baton of Brian Castles-Onion AM. 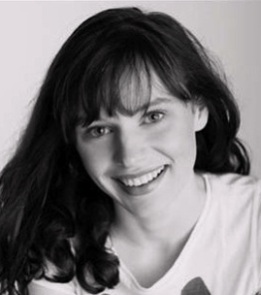 Alexandra Flood is a young Australian soprano from Victoria. After studying with German soprano Gaby Malzahn in the United Arab Emirates, Alexandra relocated to Melbourne to attend Methodist Ladies’ College, where she was awarded an academic/music scholarship and the Boarders’ Music Award. At MLC, Alexandra studied classical singing under the tutelage of Vivien Hamilton. Alexandra graduated from the the University of Melbourne in 2010 with a Bachelor of Arts (Art History/Philosophy) and a Diploma in Music (Practical) from the Melbourne Conservatorium of Music.

Alexandra has since travelled to Austria to work with Horst Wander and Barbara Bonney, and to Italy where she performed her debut starring operatic role as Musetta in Puccini’s La boheme at Teatro Signorelli, Tuscany, under maestro Ari Pelto and director Edward Crafts. An established recital and oratorio singer, Alexandra already has numerous professional performance engagements on her resume, including solo recitals for the esteemed Austral Salon, St Paul’s Cathedral and the Latvian Society of Melbourne.

Alexandra has also featured as a guest artist at the Serenade at Sunset concert, and the OSA Opera Gala Concert at the Melbourne Recital Centre, and Opera in the Market / Opera in the Alps, performing alongside distinguished artists such as Yvonne Kenny, Rosario La Spina, Tiffany Speight and Roxanne Hislop. As an oratorio performer, Alexandra has featured as the soprano soloist in Orff’s Carmina Burana and Vivaldi’s Gloria with the Heidelberg Chorale, and was a finalist in the 2012 Royal Melbourne Philharmonic Aria.

A fresh coloratura described as giving a “stand-out performance” by Clive O’Connell at The Age, Alexandra is the recipient of numerous prizes and awards, including Opera Scholars Australia “Scholar of the Year” (joint) for 2011/12, the Herman Schildberger Memorial Award, The 2013 National Liederfest Hedy Holt Memorial Award, and most recently the 2013 Opera Foundation Australia American Institute of Musical Studies (AIMS) Award. In July this year, Alexandra will attend the esteemed AIMS opera summer program in Graz, Austria with the generous support of the Opera Foundation Australia. 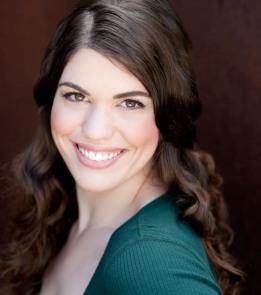 Alison was born in Sydney, Australia. During her schooling career her intention was to become an actor, however beginning singing lessons in the 9th grade changed her career path completely!

She and graduated from the Sydney Conservatorium of Music with her Bachelor of Music Studies in 2009 and her Advanced Diploma of Opera in 2012. Alison was the winner of the 2012 American Institute of Musical Studies Graz Scholarship from the Opera Foundation Australia. While in Graz she partook in many public performances and recitals and was the winner of the 2012 AIMS Meistersinger Competition. 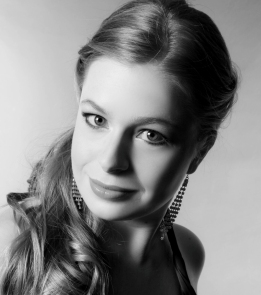 With a voice of ‘ravishing tone’ (The Age) and ‘radiant presence’ (Artshub), Australian soprano Siobhan Stagg is a young artist at the outset of an exciting international career. Whilst studying at American Institute of Musical Studies Award in Graz as recipient of Opera Foundation Australia’s 2011 AIMS Award, Siobhan was awarded the jury’s First Prize and the Audience Choice Award at the Meistersinger Vocal Competition in Austria.

Six months later, Siobhan returned to Europe for a study/audition tour thanks to the AIMS Sundell Study Prize by Opera Foundation Australia. From these opportunities, Siobhan was offered her first performance contracts in Europe. Siobhan is currently based in the UK before joining the young artist programs at the Salzburg Festival and the Deutsche Oper Berlin in 2013/14, where she will perform roles including Pamina (Die Zauberflöte), Gretel (Hänsel und Gretel) and the Waldvogel in Siegfried conducted by Sir Simon Rattle.
Siobhan continues to perform as guest soloist with some of Australia’s finest ensembles and recently recorded her debut solo album with award-winning pianist, Amir Farid. For more details, please visit www.siobhanstagg.com 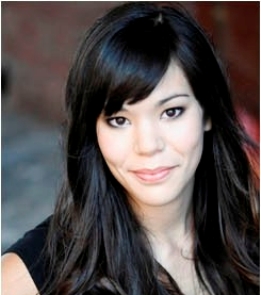 Janet Todd is a young Melbourne Soprano. She completed her Bachelor of Music at the VCA in 2009.

In 2011 Janet made her debut with Victorian Opera as ‘Pamina’ in The Magic Flute. She was the Soprano Soloist (Faure’s Requiem) in The Australian Ballet’s double bill Elegy and performed ‘Lieschen’ in the Coffee Cantata in VO’s Baroque Triple Bill, for which she was nominated for a Green Room Award for Principal Female. Janet also played ‘Marsinah’ in Kismet with The Production Company.

In 2012 she performed as ‘Prince Charming’ in Richard Gill’s Pantomime Cinderella with VO and sang the roles of ‘Daisy’ and ‘Cindy’ in the new comic opera ‘Contact!’ by Angus Grant as part of the Melbourne International Comedy Festival. Janet has performed several roles in Victorian Youth Opera productions including The Snow Queen, Noye’s Fludde and ‘Lauretta’ in Puccini’s Gianni Schicchi. She also appears regularly around Melbourne as a soloist with various choirs.

In 2010, Janet won Opera Foundation Australia’s American Institute of Musical Studies Award and AIMS Sundell Study Award and attended the AIMS Summer School in Graz, Austria, She won the Margaret Sutherland Bursary Fund award and was the recipient of the Tallis Opera Scholarship through the Dame Nellie Melba Opera Trust for 2010, 2011 and 2012. In 2009, Janet was equal runner up in the Herald Sun Aria. 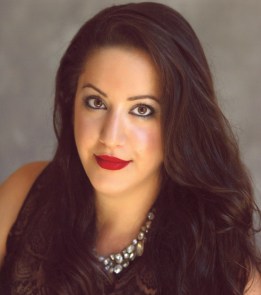 Natalie Aroyan is an Armenian-Australian Soprano, with a double-degree in Business and I.T. from the Australian Catholic University, Sydney.

In 2008 she was awarded first place in both Opera Foundation Australia’s New York Scholarship and the Herald Sun Aria Competition. Following this, Natalie commenced her Professional Studies Diploma at Mannes College, New York, studying with Ruth Falcon and performing the roles of Amelia, in scenes from Un Ballo in Maschera (Verdi), Fiordiligi in Cosi Fan tutte, Annina in Menotti’s The Saint of Bleecker Street and Alice in Verdi’s Falstaff.

In 2011 she was awarded first place in The Italian Opera Foundation competition which enabled her to study with soprano, Mirella Freni, and at the Accademia of Bel Canto in Modena, Italy.